Showtime on 29th July 2018. Venue, Central Park New York, a beautiful, sunny Sunday afternoon. Femi Anikulapo-kuti and The Positive Force were scheduled to play a free open-air concert at the annual Summerstage festival. Fans were excited, including my fiancée and her mom. It was a concert she had been particularly looking forward to as she had seen Femi playing live at the Afrika Shrine in Lagos shortly before, where she and a friend had danced for four hours non-stop to Afro beat. 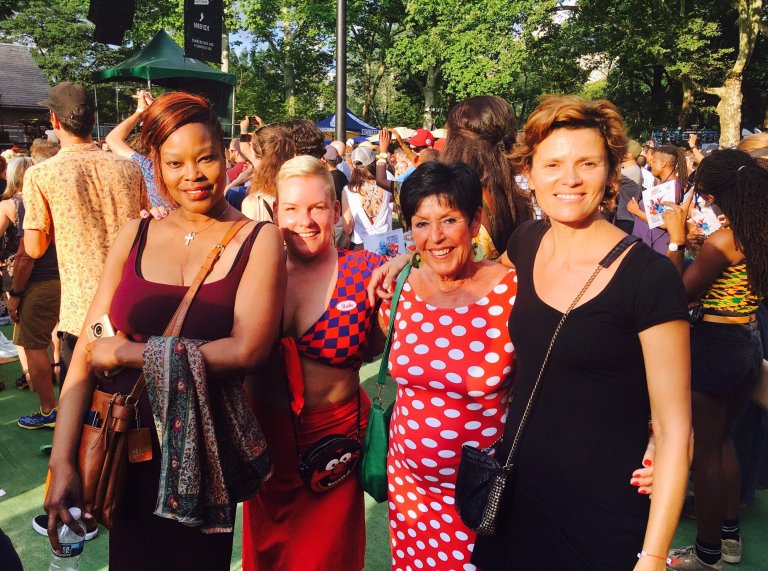 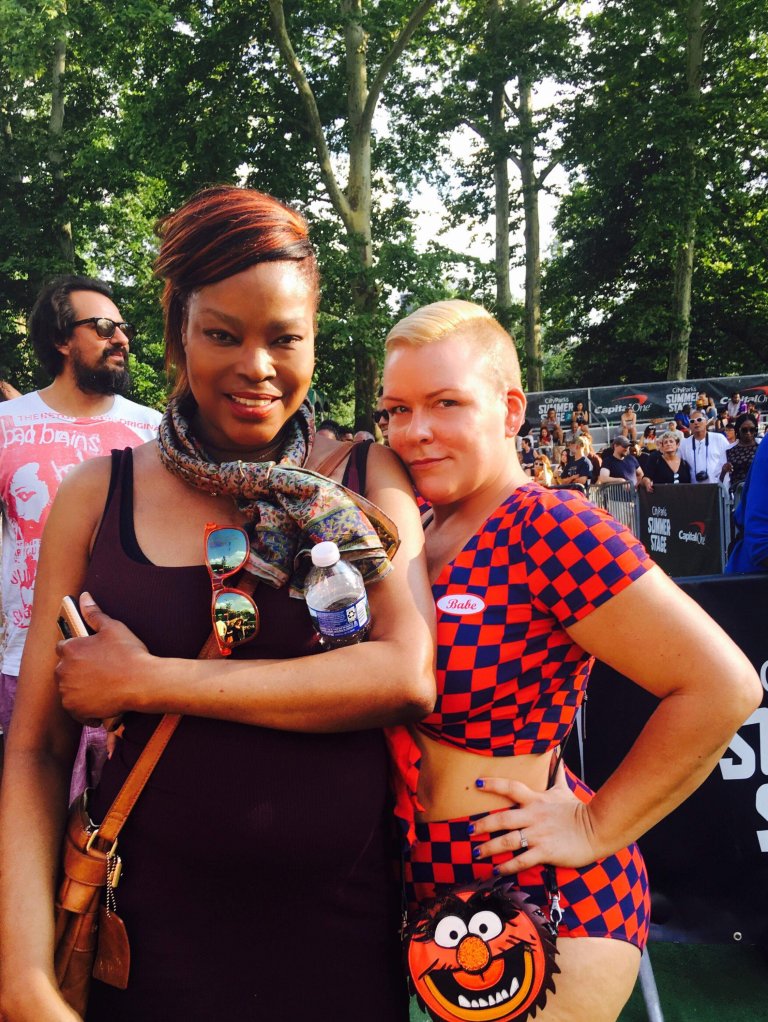 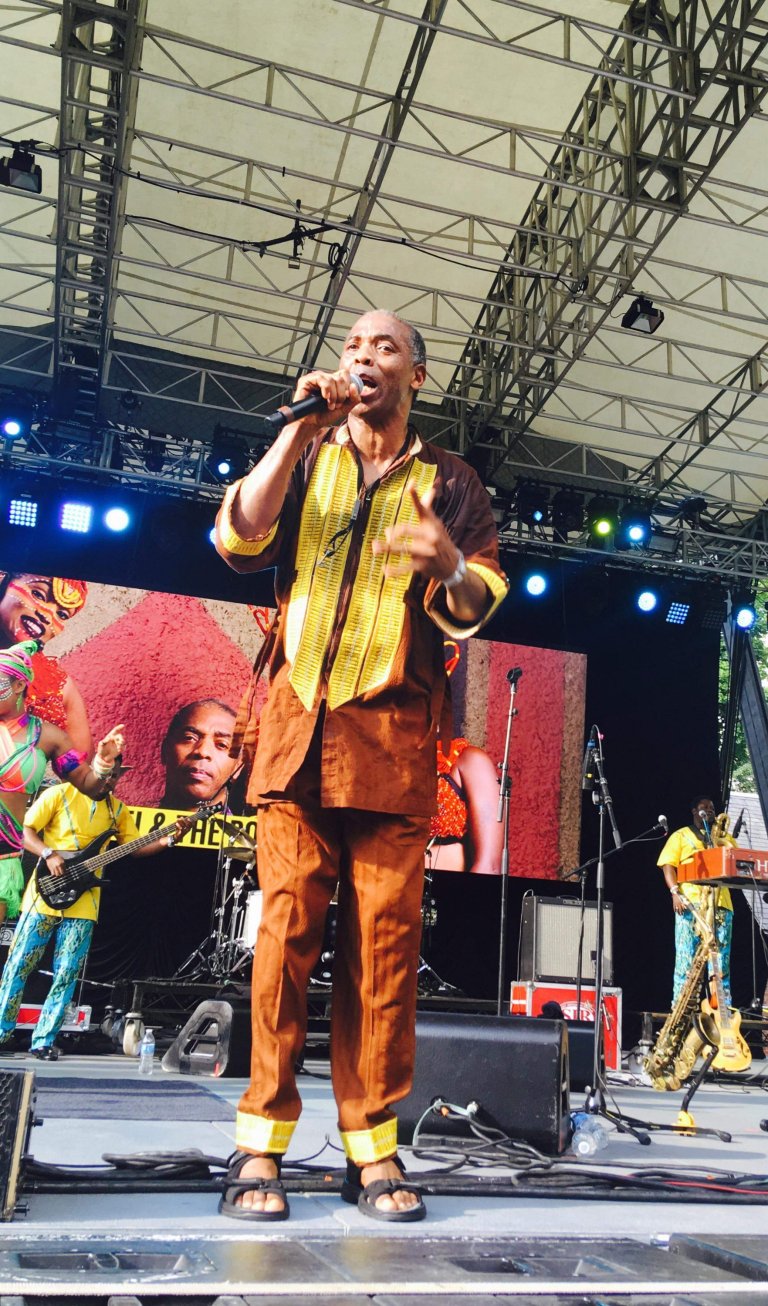 I contacted Femi Kuti from Lagos to let them know my people were in the audience. Femi Kuti answered me politely that he would look out for them, he was going on stage in a few minutes…

I had no idea that the superstar and his band were under massive pressure at that time. The world at this point did not know what had gone wrong: the bass guitarist had disappeared twenty minutes before the show and the band was nervous, but the show had to go on and he did announce during the show that a band member had jumped ship to the audience who had a great time not really feeling the absence of the run away player.

The bass guitarist is a major part of the rhythm section in a band’s music, along with the drummer and rhythm guitarist. Drums usually do not produce pure notes or harmonic sounds; you should consider bass guitar the instrument that helps with that. It is clear that usually a bassist’s job is more about enhancing the sound of other instruments and hence, the song as a whole. This is why you notice the absence of bass guitar rather than its presence. Simply put, bass provides a richer and fuller experience of the music. The volume is low but the sound is deep – you cannot ignore it if you’re really paying attention.

The Tour of North America kicked off in June 2018 for six weeks through August. There was the story of the band running immediately from the airport straight to soundcheck for a show that was starting in about an hour or thereabouts after landing in Ontario, Canada. With thirteen more gruelling shows to go and an absconded bassist in the middle of the One People One World album (Femi Kuti’s tenth album) tour that had already taken the band around Europe, tensions ran high. Out of necessity, the band leader Ope Awomolo who plays the rhythm guitar became the ad-hoc base guitarist for the rest of the tour, the band did superb in improvising and carrying on. Press in Nigeria and abroad covered the story widely, with fans failing to understand why in 2018 a musician would do such a thing.

Thursday 6th of September 2018 fans gathered at the Afrika Shrine, Ikeja. The band had been back for a few weeks now, well rested and people were wondering who the new bass guitarist would be. 7 pm showtime and on the base guitar was the fresh graduate from the Trinity Laban Conservatories in England with BMus in composition. The same music school his grandfather, the Afrobeat legend Fela Anikulapo-kuti attended in the 1950s.

Made, 22, the first child of Femi Kuti, the man groomed to take the baton from his father adding to a dynasty that started with his great great grandfather, Josiah Ransom Kuti. 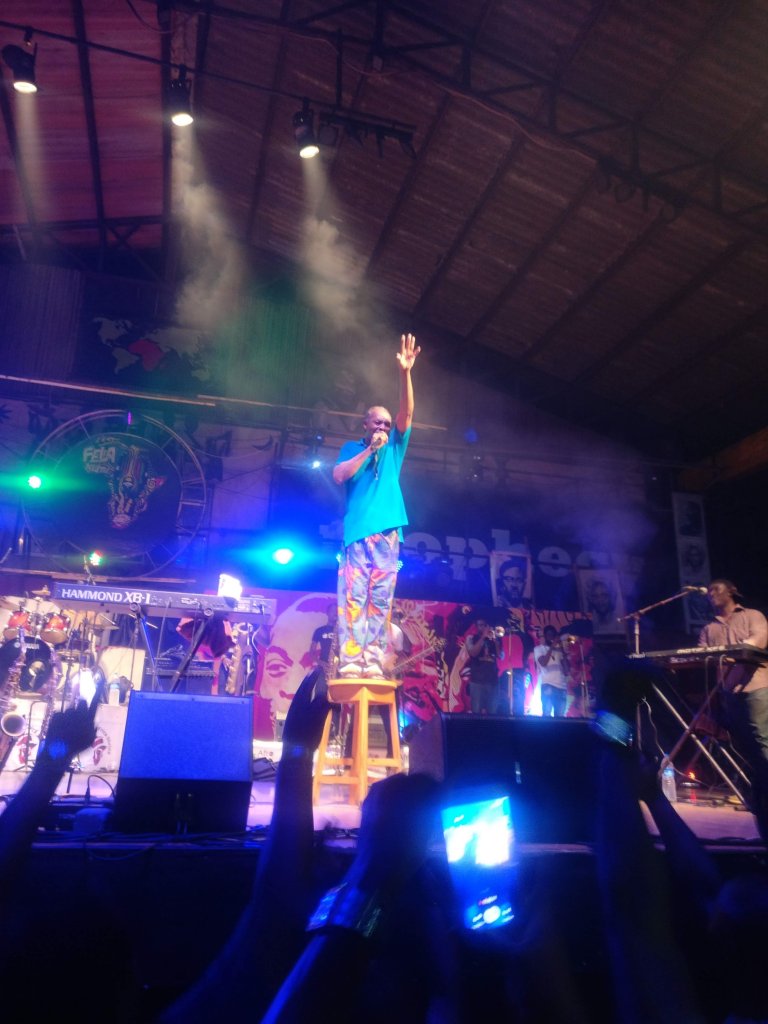 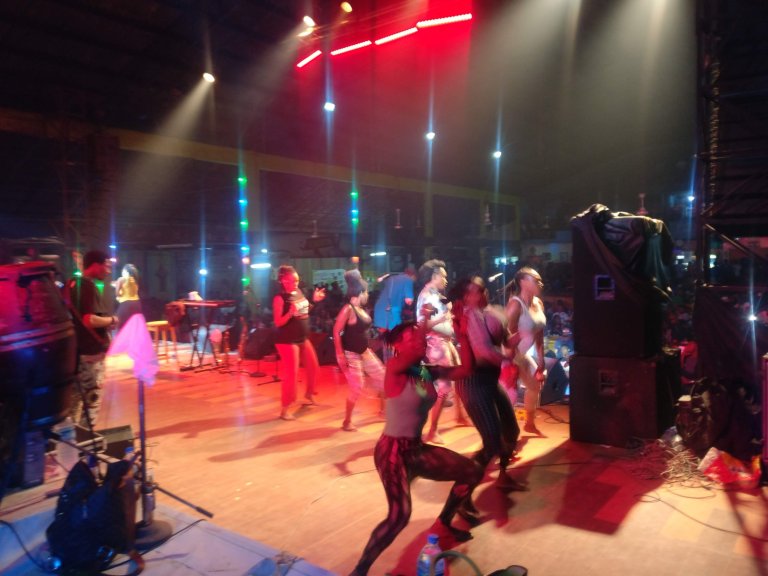 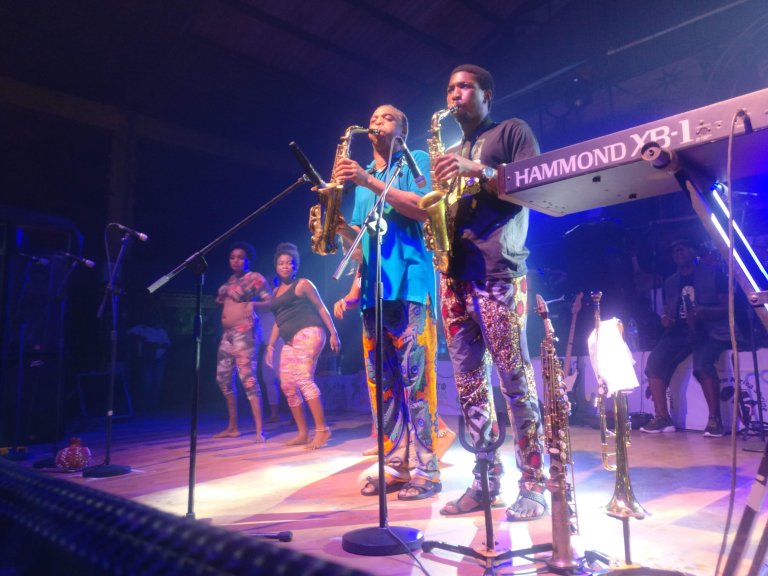 Fans of the Positive Force have watched Made Kuti grow from a toddler who would get on the stage playing along with his father and genuinely interested in the arts to a multi-talented instrumentalist, level headed man who now carries the band as a bass man. Another remarkable feat was the huge number of notes, dozens of them he had to learn in the space of two weeks and completely mastered all. Going on his first tour with the band as the bass guitarist to Belgrade, Serbia and Paris in September 2018 with a proud father still rocking and electrifying the world with gusto and dexterity on stage.

Welcome Made – we love you. Arararara!

Bolaji Alonge is an artist, international photographer, actor and journalist from Lagos, Nigeria. His visual language speaks of the wonders of nature and human exchange, urban culture and searches for historical continuity in a world that is sometimes heavily fractured. He is also a globetrotter who has travelled around the world during the last decade documenting exotic culture and history. In May 2017, Bolaji organized his “Eyes of a Lagos Boy” photo exhibition at the prestigious Freedom Park in Lagos.

Photos and video by Sandra /Made Kuti and eyesofalagosboy for awefirm.org